“It is highly likely that the fan protest organizers planned the gathering and pitch invasion to disrupt and cause the game to be postponed/cancelled. They did so knowing that only when the owners profitability is seriously impacted/hurt will they start to seriously consider selling the club – If so, expect more pitch invasions to happen at complicit clubs’ upcoming games.” Khaled Fattal MLi Group Chairman and Survivability News Publisher 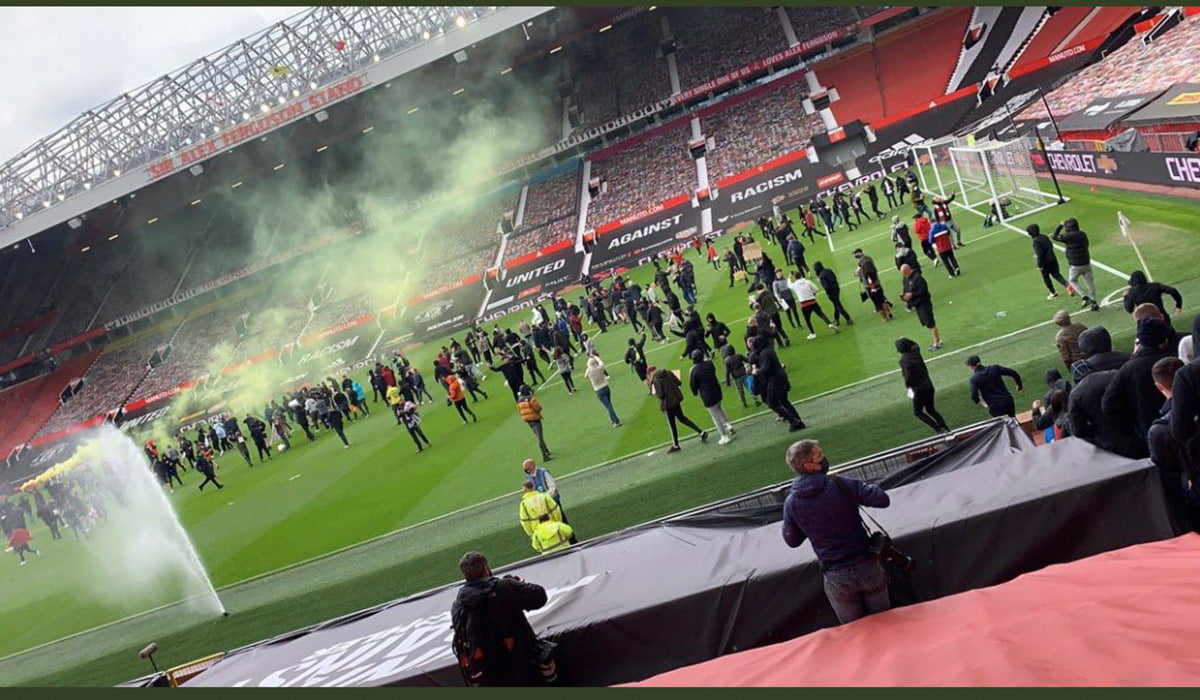 Boris hoped people were blind as he ignored numerous UK and international media reports about the Oxford AstraZeneca’s use of “outdated and potentially misleading data” while he went on spinning the “Oxford vaccine” as a UK success story. 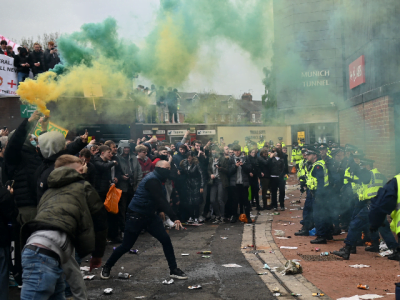 But capitalism’s championed “Greed is Good” is exposed, once again, this time in Football. Angry Manchester United fans invaded the pitch calling on the Glazer owners to sell the club in fury over their club owners Super League complicity.

Manchester United is one of six English Premier League teams who were founding members in the European Super League (ESL). They all subsequently withdrew from the ESL as it collapsed like a deck of card after unprecedented anger by club fans and football experts, followed by UK and European governments warnings. 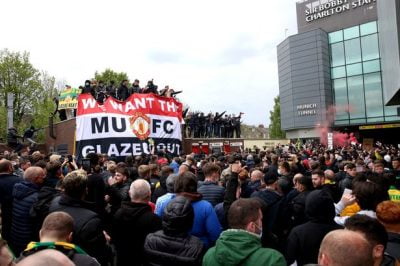 “It is highly likely that the fan protest organizers planned the gathering and pitch invasion to disrupt and cause the game to be cancelled or postponed knowing that only when the owners profitability is seriously hurt will they start to seriously consider selling the club.”

“If this is what happened, expect more pitch invasions to happen at other complicit clubs’ upcoming games to force owners hands.”

Manchester City and Chelsea FC were first to signal their intent to bail out and withdraw. The other four sides – Arsenal, Liverpool, Manchester United and Tottenham – have all followed suit. Italian side Inter Milan also withdrew stating they could no longer wish to be involved with the project.

But by then, the damage was done, and fans anger had reached boiling point as they started demanding real change. 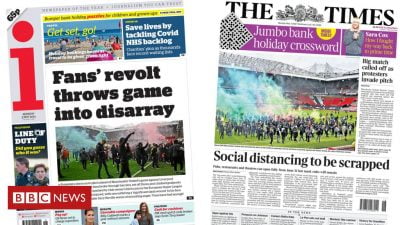 The  much anticipated Liverpool and Manchester United clash by fans worldwide had to get postponed late Sunday after thousands of United fans descended on Old Trafford to protest against the club’s owners.

The protest officially got underway at 2pm and it didn’t take long for events to take a dramatic twist as hundreds of fans broke into the stadium and stormed the pitch.

Some fans’ quotes clearly indicate they were no longer willing to accept ‘engagements’, ‘dialogues’, and promises of reform that never happen but that result into some tweaks to an already corrupt system.

“The European Super League was a bridge too far. We want change and Glazers out and we want it now.”

“We heard it all before and change never happened while the greed was getting worse and worse”.

The line-ups were announced at 3.30pm – an hour before the planned  4.30pm kick-off – but the game was delayed by the Premier League just before 4pm.

Then just after 5.30pm an official United statement confirmed the game was postponed and would be rescheduled for a later date.

“The organizers’ success in causing the game to get postponed, and the caused economic disruption and impact on the club and its owners will not go unlearnt by angry fans of the other complicit clubs. I would not be surprised if more pitch invasions were to happen.”