FBI Secret TSC Terrorist Watchlist Exposed Online | Server Containing 1.9 Million Classified Records of No-Fly & Terror Names Had No Password – Why Was server on an a Bahrain IP address, not a US one? 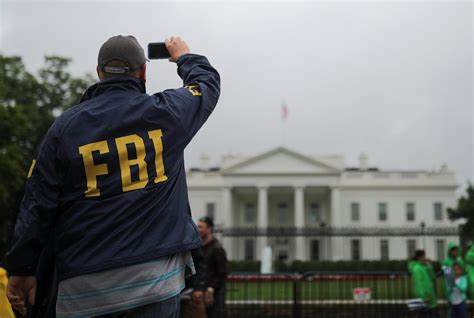 In July this year, a security researcher came across a plethora of JSON records in an exposed Elasticsearch cluster that piqued his interest.

The exposed server was indexed by search engines Censys and ZoomEye, indicating Diachenko may not have been the only person to come across the list.

An excerpt from exposed watchlist records .
The researcher said that given the nature of the exposed fields (e.g. passport details and “no_fly_indicator”) it appeared to be a no-fly or a similar terrorist watchlist.

Additionally, the researcher noticed some elusive fields such as “tag,” “nomination type,” and “selectee indicator,” that weren’t immediately understood by him.

A specific field named ‘TSC_ID was in the record set implies it could be the Terrorist Screening Center (TSC).

The agency maintains the classified watchlist called the Terrorist Screening Database, sometimes also referred to as the “no-fly list.”

Such databases are regarded as highly sensitive in nature, considering the vital role they play in aiding national security and law enforcement tasks.

Terrorists or reasonable suspects who pose a national security risk are “nominated” for placement on the secret watchlist at the government’s discretion.

The list is referenced by airlines and multiple agencies such as the Department of State, Department of Defense, Transportation Security Authority (TSA), and Customs and Border Protection (CBP) to check if a passenger is allowed to fly, inadmissible to the U.S. or assess their risk for various other activities.

The researcher discovered the exposed database on July 19th, interestingly, on a server with a Bahrain IP address, not a US one.

However, the same day, he rushed to report the data leak to the U.S. Department of Homeland Security (DHS).

“I discovered the exposed data on the same day and reported it to the DHS.”

“The exposed server was taken down about three weeks later, on August 9, 2021.”

“It’s not clear why it took so long, and I don’t know for sure whether any unauthorized parties accessed it,” said the researcher.

The researcher considers this data leak to be serious, considering watchlists can list people who are suspected of an illicit activity but not necessarily charged with any crime.

“In the wrong hands, this list could be used to oppress, harass, or persecute people on the list and their families.”

“It could cause any number of personal and professional problems for innocent people whose names are included in the list,” says the researcher.

Cases, where people landed on the no-fly list for refusing to become an informant, aren’t unheard of.

“The TSC watchlist is highly controversial. The ACLU, for example, has for many years fought against the use of a secret government no-fly list without due process,” continued the researcher.

Note, it is not confirmed if the server leaking the list belonged to a U.S. government agency or a third-party entity.

Till this moment, the FBI has made no comment on this exposure.