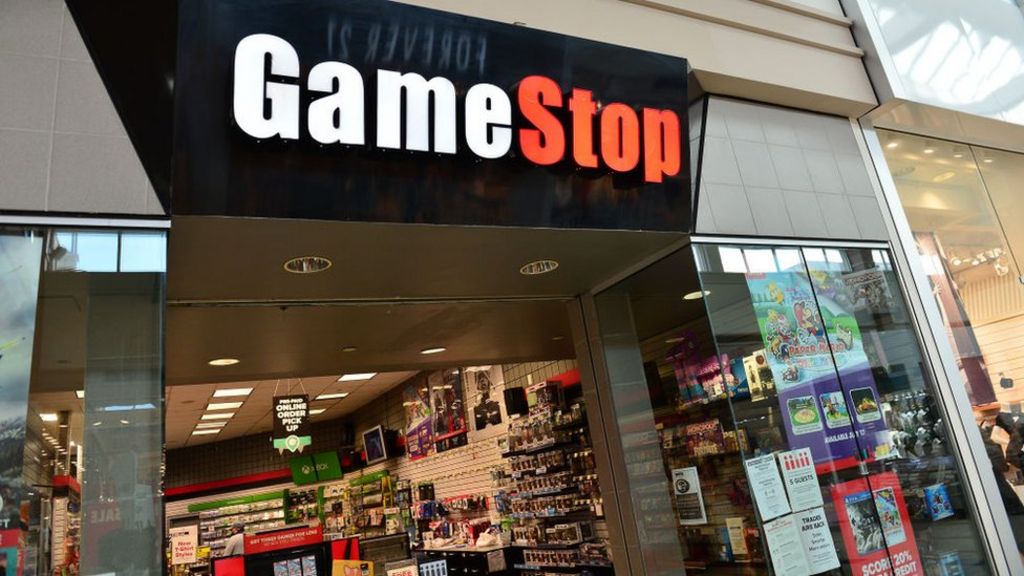 A small seismic earth quake hit the deep Wall Street ocean this week but one that may unleash a tsunami of unmitigated consequences on world financial markets, establishment money, and the power behind traditional investment vehicles, players, and models of investing.

The hands of a few men that held the power that controlled numerous multi-billion and some trillion dollar funds, and which controlled which stock to invest in, or devest out of, and who drove the stock market up, or down, are now wondering the magnitude, nature, size and how sustainable the force of the financial tsunami that will follow.

The market turmoil has even come to the attention of new US President Joe Biden, with the White House saying it is “monitoring the situation”.

“A war between the Goliaths of establishment financial investing and new “Davids” upstarts has kicked off. The ramifications on the global financial  markets can be monumental. Although, where it will end is too early to predict, short and medium term instability of financial markets are real potential outcomes,” said an MLi Group resident Financial Survivability expert.

Shares in a US games company have soared more than 300% in the past week – the result of a fight between private and professional investors, or young upstart investors vs establishment investors.

Video games bricks-and-mortar retailer Gamestop is arguably something of a relic in a world moving online.

But its share price soared another 120% in Wednesday trading in New York.

Analysts blame tech-savvy young day traders, who they say are taking on hedge funds in a conflict with generational overtones.

And the phenomenon could be spreading to Europe, with several stocks subject to unusual fluctuations in Wednesday trading.

It’s a battle between Wall Street pros and upstart investors using social media platforms such as Reddit, analysts say. And at the moment, the upstarts have the upper hand.

It is, says Neil Wilson from markets.com, getting weird: “We are seeing some serious funny business in some corners of the market.”

MLi Group resident Financial Survivability expert added, “this should expose and redefine the role of national financial and other regulators. They need to start doing a better job on cracking down on numerous unfair practices, such as market manipulation, than they have done in the past.”

What’s driving up the Gamestop price? Certainly not any good news coming out of the company. Gamestop – described as a “failing mall-based retailer” by one professional investor – made a loss of $795m in 2019, and probably several hundred more in 2020.

But that’s not deterred an army of social media day traders, with access to free and low-cost trading platforms such as Robinhood, and who probably have a lot of time on their hands during lockdown. They’ve been swapping tips and ramping up prices via Reddit’s chat thread wallstreetbets.

Gamestop is not the only stock in their sights – Blackberry, AMC and Nokia Oyjis are others – but is currently the battleground between the Goliaths like hedge funds and big investors, and the Davids who make up Reddit’s private punters.

Key to what’s going on is “shorting”, where, say, a hedge fund borrows shares in a company from other investors in the belief that the price of stock is going to fall.

Gamestop is the most shorted stock on Wall Street, with some 30% of the shares thought to be in the hands of hedge fund borrowers.

But Reddit’s retail investors have embarked on a frenzy of share buying and options trades, pushing up the price and putting a “short squeeze” on the pros.

In this supercharged trading environment, the big Wall Street investors rush back into the market to limit their losses, with the demand pushing up the price still further.

One hedge fund, Melvin Capital Management, reportedly had to be bailed out with more than $2bn to cover losses on some shares, including Gamestop, while another short-seller, Citron Research, has also withdrawn from the fray.

For many Reddit investors, it’s not just about making money. They smell blood.

“Among the many aspects of this story that are strange, what is so unusual is the peculiar vigilante morality of the traders pumping the stock. They seem hell-bent on taking on Wall Street, they seem to hate hedge funds and threads are peppered with insults about ‘boomer’ money.

“It’s a generational fight, redistributive and all about robbing the rich to give to the millennial ‘poor’.”

But many big investors are refusing to budge and continue to hold their Gamestop stock at rock-bottom prices. They believe the tide will turn on Reddit’s herd instinct and Gamestop shares will come back to earth.

“These are not normal times and while the [Reddit] thing is fascinating to watch, I can’t help but think that this is unlikely to end well for someone,” Deutsche Bank strategist Jim Reid said.

In the meantime, some European stocks appear to have been targeted in similar fashion by day traders.

They include media company Pearson, which saw its share price surge nearly 14% in London trading on Wednesday, and German drugs firm Evotec, which rose 9.6% in Frankfurt.

In another surprise twist, the unprecedented rally was given a further boost by Elon Musk.

The billionaire Tesla boss tweeted the word “Gamestonk”, along with a link to the Reddit message board that had been pumping the stock.

For its part, Reddit said it had not been contacted by the authorities over the stock price movements.

“Reddit’s site-wide policies prohibit posting illegal content or soliciting or facilitating illegal transactions. We will review and co-operate with valid law enforcement investigations or actions as needed,” a spokeswoman said.

For stock market veterans, it’s an example of the madness of speculative trading that can only end in tears. And for regulators, it’s a headache, as they are the ones who should be cracking down on market manipulation.

Jacob Frenkel, a former lawyer at the Securities and Exchange Commission, the main US financial regulator, said: “Such volatile trading fuelled by opinions where there appears to be little corporate activity to justify the price movement is exactly what SEC investigations are made of.”

However, other experts believe Reddit’s legion of investors represent a generational shift in attitudes to money and use of new technology.

“I don’t think this is a fad,” said John Patrick Lee, a video game investment expert at VanEck. “A retail trader will not lean on Wall Street to manage their money and I definitely now see an antagonistic relationship between the old guard [Wall Street] and individual traders who are on the rise,” he said.