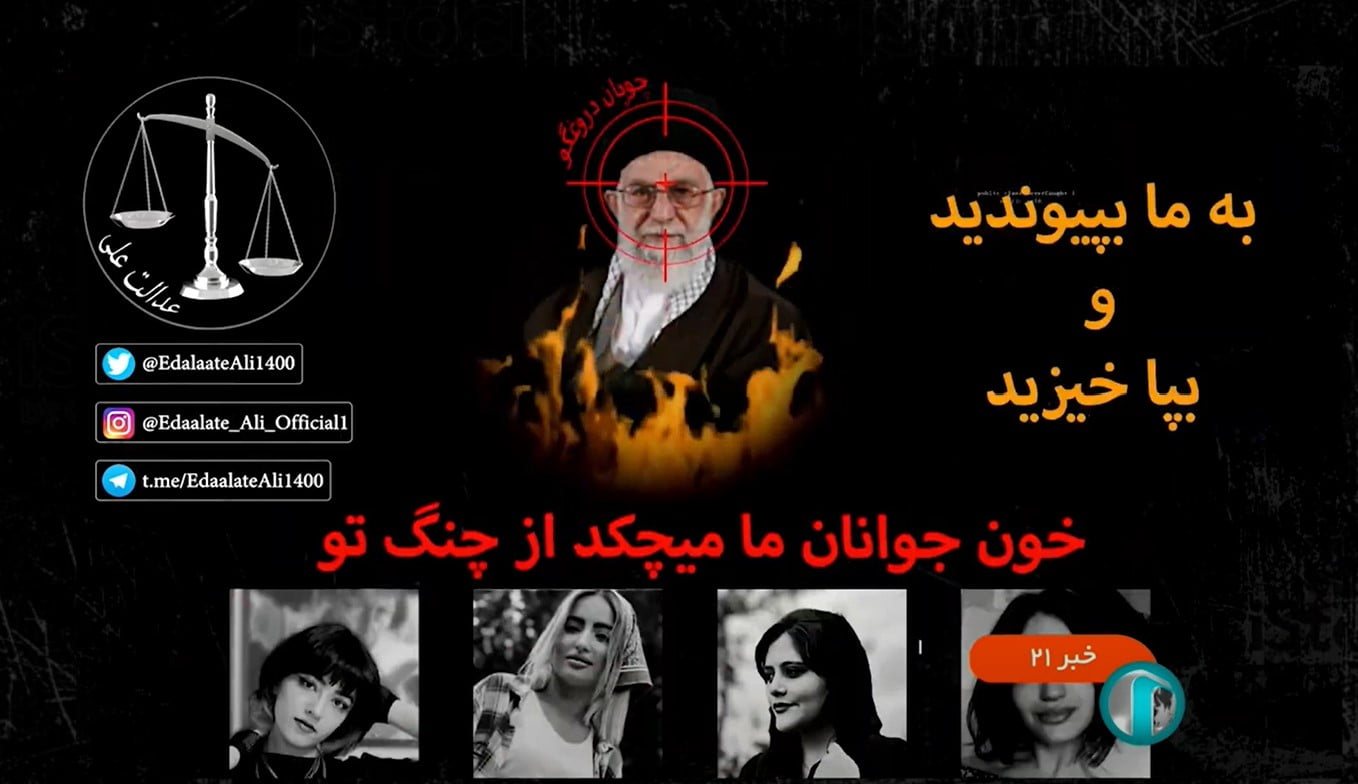 A group of anti-Iranian government hackers going by the name of “Edalate Ali” (Justice of Ali) has claimed responsibility for hacking and interrupting a state-run TV channel’s live broadcast on Saturday.

It is worth noting that the cyberattack was carried out under the banner of “OpIran”, an operation initiated by the online hacktivist group Anonymous in support of Iranians protesting against the death of 22-year-old Kurdish-Iranian Masha Amini while under detention by Tehran’s morality police called Guidance Patrol. She was arrested for improperly wearing a hijab.

Amini’s death caused clashes between authorities and protestors, resulting in at least 150 deaths since the protests sparked on September 17th.