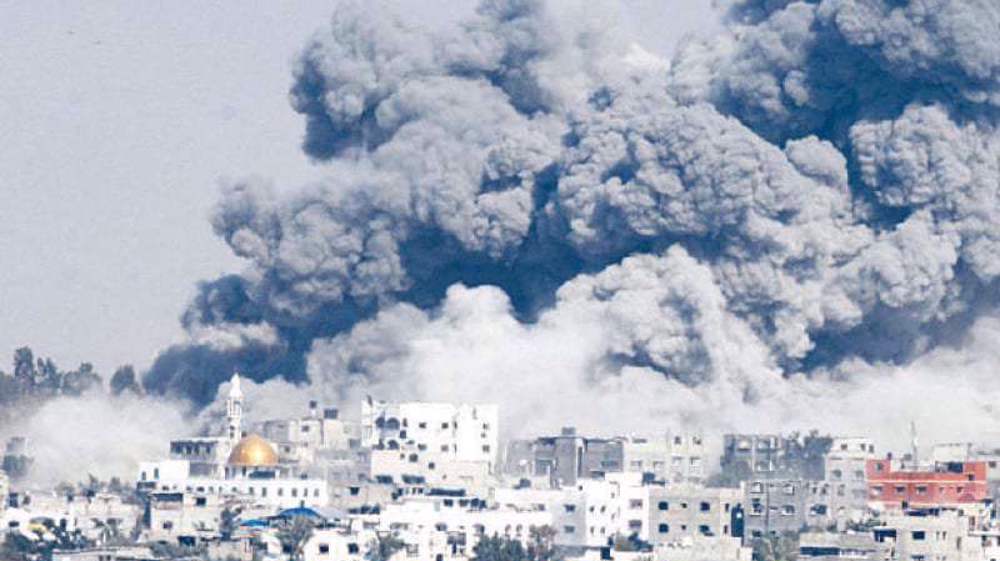 There is a tragic inevitability to the death and destruction happening on the shores of the Mediterranean. But it’s also no accident it is happening now.

© A Palestinian boy sits near buildings hit by Israeli airstrikes in the Jabaliya refugee camp, northe…

Two weeks ago, Israeli Prime Minister Benjamin Netanyahu felt power slipping away. His opponents were on the verge of forming a new coalition in the aftermath of the latest Israeli election.

To distract them and build support for himself he has quite deliberately engineered an escalation in the conflict. In the powder keg that is the occupied Palestinian territories that’s never hard to do. Sending 3,000 Israeli troops into the Al Aqsa mosque on the final day of Ramadan to attack and disperse worshippers more than did the job.

Palestinian protests erupted throughout occupied East Jerusalem in communities already tense as the result of the threat of forced evictions in Sheikh Jarrah. And Netanyahu gets to play the strong man by sending in the security forces to suppress them.

READ MORE: ‘It is misery here’: Palestinian nurses tell of fear in Israeli hospitals, and say Glasgow was ‘safest’ place they have been

In a new dimension to a complex situation, inter-communal strife broke out in mixed Arab/Jewish Israeli cities such as Haifa and Lod.

It’s been suggested this was deliberately stoked by the authorities. This week I heard first-hand from an opposition member of the Knesset in Lod, Sami Abou Shehadeh.

He told how right-wing settlers came on buses from the West Bank to attack Arab neighbourhoods. How they went from door to door marking Arab homes with spray paint so they could be identified later. How they were supported by the city council who allowed them to use buildings and car parks. How the police protected them and arrested Palestinians who tried to fight back. And how none other than Bibi Netanyahu was there to support them in the full glare of TV cameras.

I also heard from Oxfam organisers in south Gaza who said the bombardments of the last two weeks have already caused more damage than the 50 days of air attacks in 2014.

Israel claims it’s only defending itself from Hamas rocket attacks. Let me be clear. I condemn Hamas for launching unguided rockets into civilian areas. But the fifth most powerful military force in the world ought to behave better than a bunch of stateless paramilitaries. The attacks on Gaza are completely disproportionate, with deaths 20 times higher on the Palestinian side, and they can be nothing other than indiscriminate when focused on such a densely populated, small area.

Some will say this is nothing to do with us. But it is. The UK government, and most of the West, have ignored the plight of the Palestinians for decades. This has driven them to despair, undermined their democratic leadership, and created a vacuum which Hamas are filling.

I hope by the time you read this there is a ceasefire and people have stopped dying. But it will happen again and keep happening. Only when Israel ends the world’s longest military occupation can we try to build a sustainable peace based on recognition of both Israeli and Palestinian rights. Until then the open wound that is Palestine will continue to fester. And the security that Israel seeks can’t be achieved.