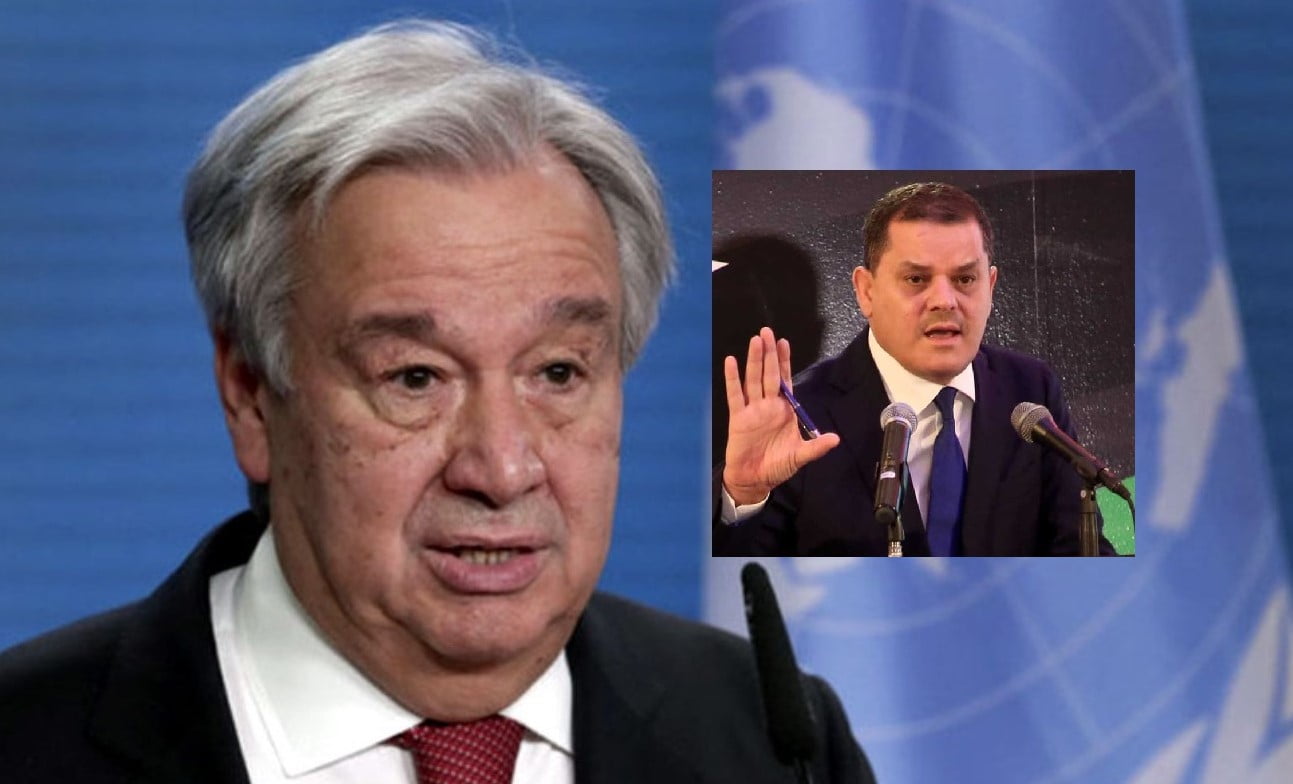 Forming a unity government in a country crippled and divided by civil war along tribal and foreign political allegiances for the last 10 years was already a huge challenge. 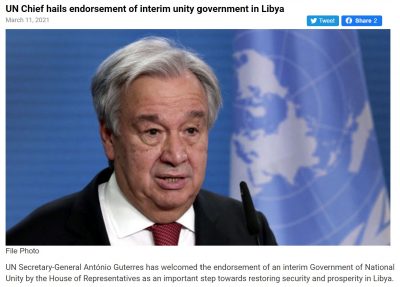 The challenge becomes impossible when you consider that regional powers like UAE, Saudi Arabia, Egypt, Israel and Turkey as well international powers such as the US, UK, France and Russia dueled politically, economically and militarily through local proxies to secure their interests.

Each had their own agenda, for Libya and the region. Each was keen to ensure their strategic plans, roles and influence had traction over the oil rich vast country. At stake was also another prize – 1200 miles of coast over the Mediterranean.

Yet, all failed to do much to stop the war in last decade. Little effective effort was  given to the plight of the Libyan people who paid the price with their blood, especially children.

So, when your read the unanimous support for the new interim Libyan Prime Minister Abdul Hamid Dbeibah, you can be excused if you also started feeling positive, that the end of the war in Libya is near, that an unprecedented breakthrough had materialized. 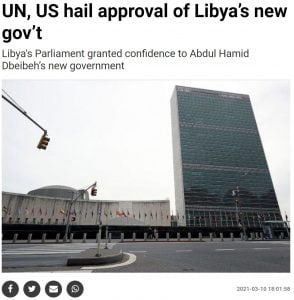 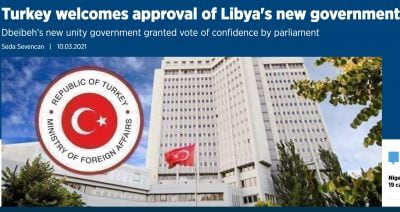 The sense that a new prime minister and Presidential Council have been voted in under the watchful eye of non other than the United Nations was a miracle indeed.

However, if you were about to start singing halliluyah, and start praising the lord for this miracle – hold your horses.

Upon further investigation, Survivability News learnt that Interim Prime Minister Abdul Hamid Dbeibah was not democratically elected by popular vote. He was elected by a 75-member group known as the Libyan Political Dialogue Forum. More critical, the forum itself was handpicked by the United Nations Support Mission in Libya.

The apparent positive development was overseen by acting United Nations envoy and head of its Support Mission in Libya (UNSMIL) Stephanie Williams.

The smell of something being badly cooked.

Even before stepping into his new Prime Minister’s office, Dbeibah was plagued with revelations of bribery and corruption to elect him PM. This was along other serious reports of vote buying involving the forum.

A UN panel of experts on Libya is expected to name three forum members who sold their votes to Dbeibah.

The bribery scandal emerged Nov. 23 when the then head of the UN mission, Stephanie Williams, made her opening remarks of the forum session.

Witnesses of Corruption and Bribery

Illegitimacy Supported by UN, US and western Governments

There are many reasons to question the legitimacy of the process, outcome and standing of Interim PM Dbeibah and the entire Presidential Council. The scandals cannot be ignored and should put into question the entire process, including to annul all the forum declared appearances of achievements.

Yet, inexplicably, a well orchestrated united voices of support by the United Nations, United States, Egypt, UAE, as well as Turkey. were all in sync in their support and congratulations of Libya’s new interim PM and government. Why?

How will UN, US repair their image & advance democratic values in Libya?

Have western democracies abandoned the democratic values and processes they cherish so dearly when it came to Libya? Is it  because serving their special interest  supersedes helping Libyans? Is this why they are shutting a blind eye?

More concerning is how can the UN Secretary General Gutierrez and President Biden and his administration, as well as western allies be willing to get tainted by supporting such a corrupt process, and outcome?

A very short window of opportunity may still exist for western parties to clean up their act and image. Only by advancing true democratic processes and values in Libya can they achieve this.

Survivability News believes and recommends that western leaders and governments do the following: