Retired Admiral of the Royal Navy and former Under-Secretary of State Lord West: "This needs to be addressed urgently". 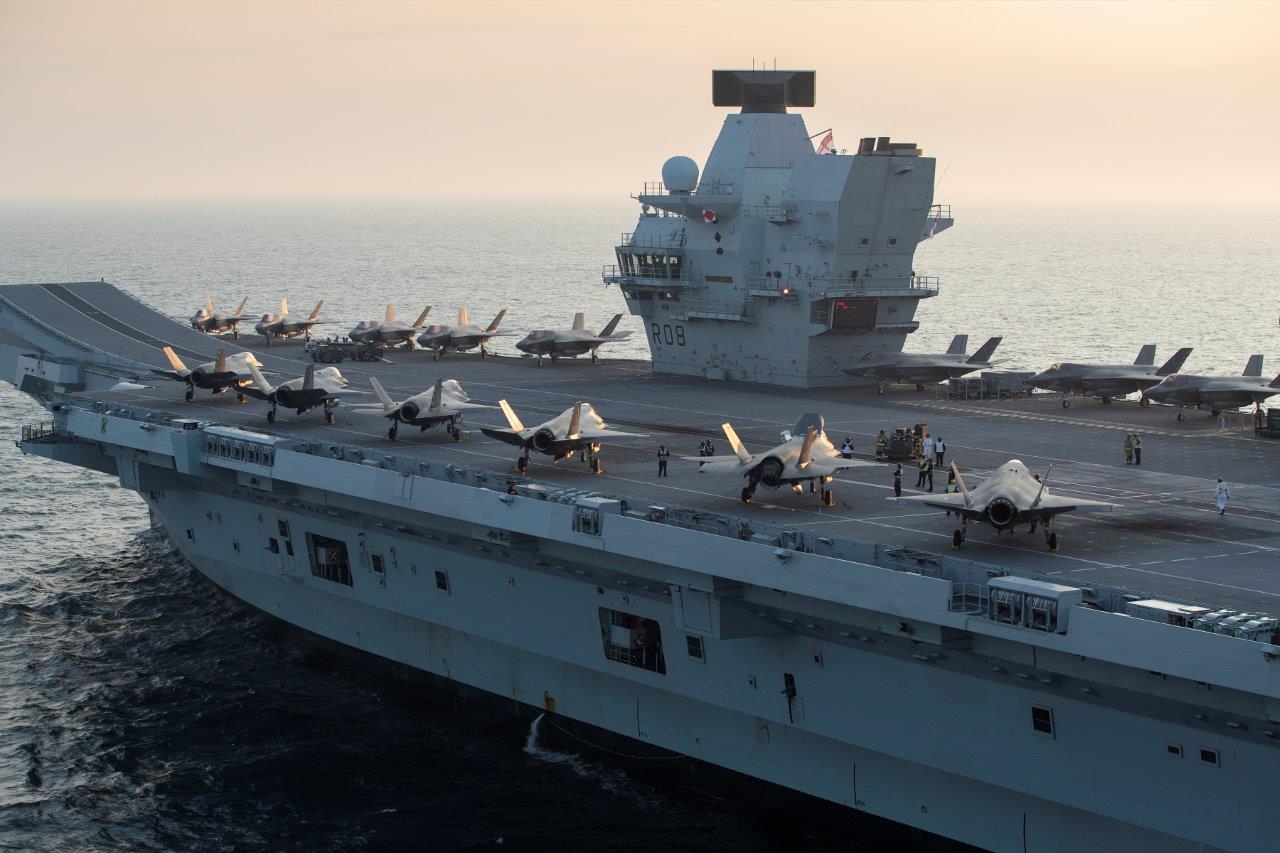 The ships included vessels from European and US navies, including 11 from the Royal Navy.

The Ministry of Defence (MOD) said there was no “operational impact” on the strike group, which also featured smaller vessels from the Dutch and Belgian navies, but any manipulation of AIS “could result in a serious incident”.

“We are aware of manipulation of AIS tracking data placing carrier strike group vessels in areas where they were not”, the MOD said.

It is not the first time the MOD has confirmed the faking of a British warship’s track.

In June, AIS data showed HMS Defender and HNLMS Evertsen of the Dutch navy leaving port and heading to a naval base in Sevastopol, in Russian-annexed Crimea.

But photographs showed the ships were still in port at Odessa, Ukraine.

A few days later – when HMS Defender did in fact enter waters near the coast of Crimea – it was shadowed by Russian military planes.

Onboard AIS systems broadcast a ship’s location, course and speed, and show the same data from other vessels.

Commercial vessels above a minimum size must all have AIS transponders, and while naval vessels are not obliged to use the system, they often do so for safety reasons.

US Navy policy, for example, has shifted towards using AIS in busy areas after two collisions in 2017.

There are also satellites and shore-based receivers, which supply data to websites which track ship locations.

The researchers say all the false data appears to come from shore-based receivers.

The research, first reported by Wired, was carried out by SkyTruth, an organisation which uses satellite imagery to uncover environmental harm and Global Fishing Watch which uses technology to monitor human activity at sea.

Between 27 August 2020 and 15 July 2021 Bjorn Bergman, who works for both organisations, found nearly 100 naval vessels with “suspected false AIS tracks” – including one that seemed to show the American destroyer USS Roosevelt four nautical miles inside Russian territorial waters.

By studying satellite imagery of the ships’ purported locations, combined with other data, Mr Bergman was able to conclusively identify fake tracks for 15 naval vessels from seven countries, which he believes “reflect a wider pattern of AIS falsification for naval vessels”.

Mr Bergman told the BBC he does not know how the fake data got into the databases of AIS ship positions.

He said the main risk was that spoofed vessel tracks would be used to “create or support a false narrative about where warships are operating”.

The revelations about AIS come at a time of heightened concern about the security of satellite navigation signals on which many systems, including AIS, depend though GPS has not been implicated in the fake AIS tracks.

Responding to the reports of AIS interference, Lord West told the BBC it needed to be addressed urgently.

“There needs to be a better understanding of the vulnerability and frequency of attack on the AIS system”, he said, arguing that it needed to be addressed by a review of position, navigation and timing services being undertaken by government.

From a military standpoint, AIS was mainly useful to let captains know the whereabouts of commercial vessels they needed to protect or track.

However, the military impact was limited: “Warships in times of tension and war would never use AIS,” added Lord West.

Mr Bergman said researchers did not know who was responsible, but that whoever did it went to “some trouble to try and make plausible false tracks”.

In the aftermath of the faking of HMS Defender’s location, defence sources were quoted as suggesting Russian involvement, an analysis which some experts lean towards.

However, Mr Bergman’s data also showed two Russian warships with seemingly faked tracks – they were shown entering the territorial waters of Ukraine and Poland in June.

But Mr Bergman told the BBC: “There is a clear focus on showing false tracks in Russian waters or in the waters of Russian-occupied Crimea.

“Two of the almost 100 vessels with suspected false tracks were Russian. The rest were from NATO or NATO-allied countries.”