US Elections Manipulated (Perhaps Stolen) Twice – By Cambridge Analytica in 2016 & By CNN in 2020 | What are the Consequences & Solutions?

Are our current political, economic, legal, judicial and democratic system(s) capable of fixing this afflicted cancer on our democracy and freedom?

For years, US elections have been claimed to have been manipulated by foreign nations such as Russia, China, Venezuela, and others.  Well, to expect such governments not to have tried to play a role would be naïve. They learnt it from the best in the business.

For decades, the US has cooked and manipulated what was claimed to be ” free, democratic, and fair elections” in countries all over the world. We Americans are also uniquely experienced in installing puppet leaders and regimes, especially after we illegally invade or occupy their countries. 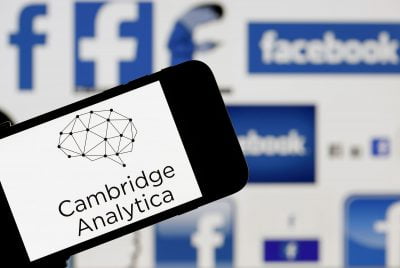 However, the breakneck speed of the technological evolution in the last decade proved to be a seismic equalizer.

Technology has democratised, in a very sinister way, what only super powers and very rich nations could do in the past.

One blinding piece of evidence of this was Cambridge Analytica (CA). The manner CA leveraged Facebook, with the latter’s consent, before and during the 2016 US elections, as well as, the UK Brexit Vote by illegally harvesting Facebook users and voter data is of public record. 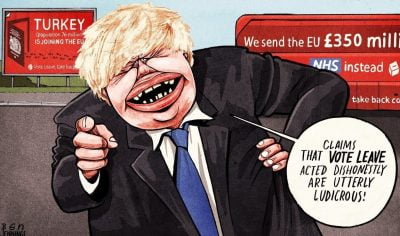 CA illegally and unethically lied and swayed voters. It succeeded in impacting the 2016 US Election and Brexit vote outcomes. It manipulated citizens thru targeted campaigns based on partial facts, or even no facts at all. In many instances, campaigns were based on opinions being presented as authoritative truths.

This practice never died with CA when it was put to permanent sleep by the UK regulator. It resurfaced in the 2020 US election, and may have played a pivotal role in its final outcome. 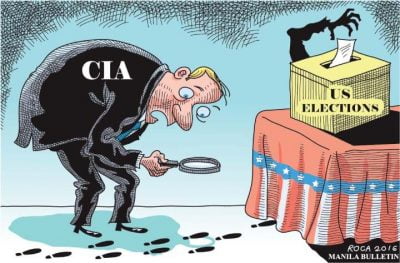 Due to the closeness of the final vote tally, one can strongly argue that the 2016 elections was stolen by Cambridge Analytica, Facebook and their partners.

Well, recent evidence have revealed that the 2020 US presidential was manipulated by CNN as exposed by Project Veritas.

Once again, due to the closeness of the final vote tally of the 2020 Presidential Elections, one can also make a strong argument that it was too was stolen – this time by CNN.

Project Veritas released a video of CNN Director Charlie Chester admitting that his network engaged in “propaganda” to benefit Biden’s candidacy during the 2020 election and to the detriment of then-President Trump. (See Video report below). 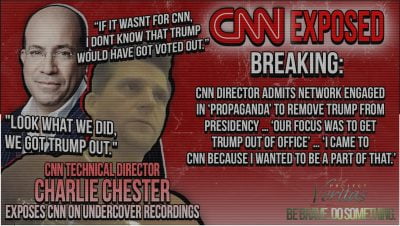 The damning expose’ should have made any democracy loving citizen’s jaw drop. Yet, US and western mainstream media gave faint or almost no coverage to this unprecedented revelation. Perhaps it is not part of their ethos or corporate mandate to focus the spotlight on cancerous behaviour that damages honest, impartial, objective journalism, especially those that are critical pillars in any effectively functioning democracy.

Questions We Must Ask Ourselves

With US Elections being manipulated twice in 2016 and in 2020, perhaps even stolen, it is clear that the status quo, or tweaks to, are not serving people and society, nor ensure the true will of the people is not bought, sold or manipulated sabotaging our democracy. This raises serious questions such as: 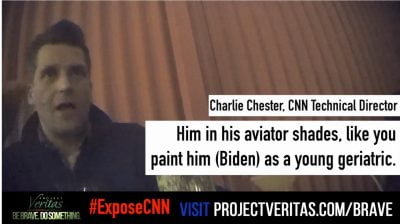 During a conversation with a Veritas journalist, CNN Technical Director Charlie Chester boasted about the impact the network had in determining the outcome of the presidential race last year.

Chester explained to the Veritas journalist how CNN engaged in “propaganda” when covering Trump’s health compared to Biden’s.

Veritas Journalist: “You think it’s going to be just like — a lot of like, fear for the climate?”

Chester: “I think there’s a COVID fatigue. So, like whenever a new story comes up, they’re [CNN’s] going to latch onto it. They’ve already announced in our office that once the public is — will be open to it — we’re going to start focusing mainly on climate,” Chester said.

“It [COVID] will taper off to a point that it’s not a problem anymore. Climate change can take years, so they’ll [CNN will] probably be able to milk that quite a bit…Climate change is going to be the next COVID thing for CNN..”  … “Yeah. Fear sells.”  Charlie Chester

Chester: “Pandemic-like story that we’ll beat to death, but that one’s got longevity. You know what I mean? Like there’s a definitive ending to the pandemic. It’ll taper off to a point that it’s not a problem anymore. Climate change can take years, so they’ll [CNN will] probably be able to milk that quite a bit.”

Chester: “Be prepared, it’s coming. Climate change is going to be the next COVID thing for CNN.”