President Biden appears ready to let lapse a May 1 deadline for completing withdrawal of U.S. troops from Afghanistan 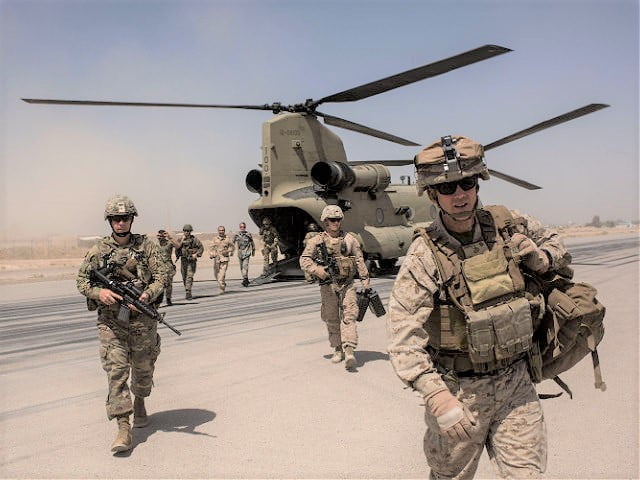 You would be forgiven for thinking change was about to happen. After all narcissist President Trump was gone and “caring” Joe Biden is the new leader of the free world, after campaigning on “values”, “decency”, “humanity” and “civility”.

Well, US Presidents come and go but perpetual wars remain Never-Ending as Biden looks like extending US troop presence in Afghanistan

President Joe Biden appears ready to let lapse a May 1 deadline for completing a withdrawal of U.S. troops from Afghanistan. Too many presidents promised to bring the troops home – non did.

Without coming right out and saying it, President Joe Biden seems ready to let lapse a May 1 deadline for completing a withdrawal of U.S. troops from Afghanistan. Orderly withdrawals take time, and Biden is running out of it.

Biden has inched so close to the deadline that his indecision amounts almost to a decision to put off, at least for a number of months, a pullout of the remaining 2,500 troops and continue supporting the Afghan military at the risk of a Taliban backlash.

Removing all of the troops and their equipment in the next three weeks — along with coalition partners that cannot get out on their own — would be difficult logistically, as Biden himself suggested in late March.

“It’s going to be hard to meet the May 1 deadline,” he said. “Just in terms of tactical reasons, it’s hard to get those troops out.” Tellingly, he added, “And if we leave, we’re going to do so in a safe and orderly way.”

Who knows, maybe another crisis might emerge needing these troops to remain in Afghanistan, or be sent elsewhere to promote freedom and democracy like Syria – but not home.