Will any scrutiny or sanctions against the state of Israel or its government members materialise for their complicity in these illegal spying activities?

Fact I: No Pegasus license sale can take place without the Israeli government approving it first.
Fact II: Many of the countries it was sold to are well known for their human rights abuses. 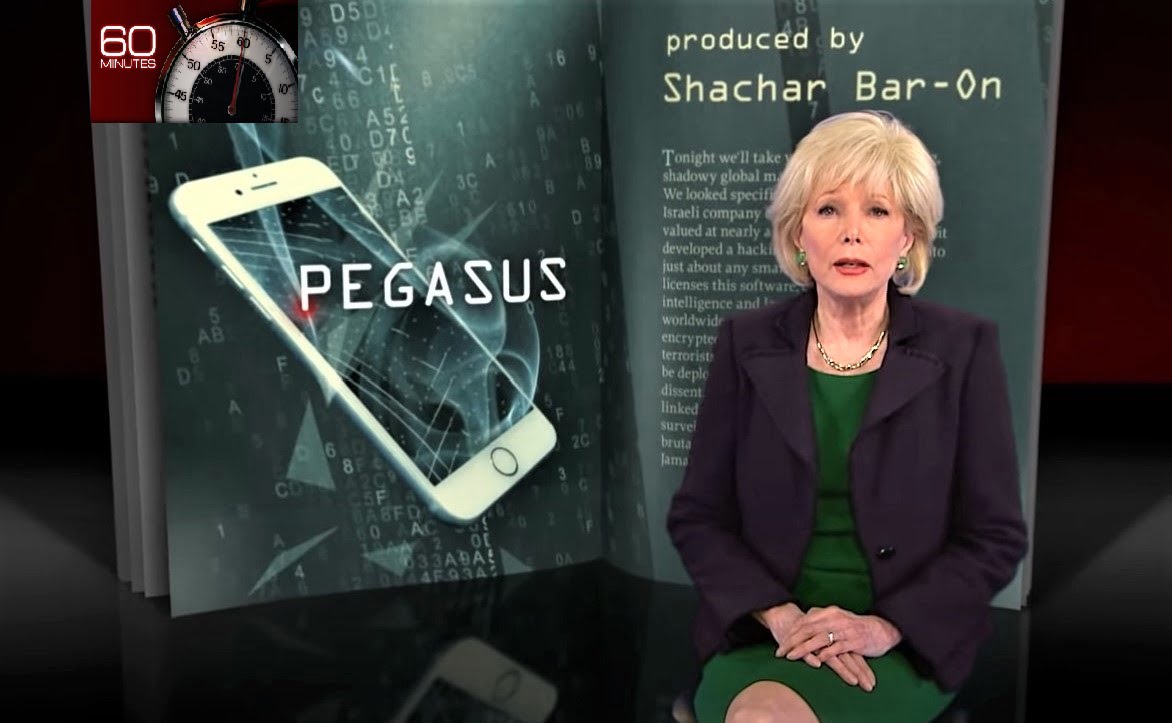 “60 Minutes” is one of the most known US television investigative programs around. It began in 1968 and is still a hit, over 50 seasons later, regularly making Nielsen’s Top 10.

Earlier this month, the US Biden administration added Israel’s NSO Group to its Black list for “malicious cyber activities”.

However, in 2019, 60 Minutes’s Lesley Stahl reported on Pegasus, the hacking software developed by Israeli tech company NSO Group and its alleged breaking into just about any smartphone.

It was the first wave of US and world media coverage of what began as “alleged privacy and human rights abuses by the Pegasus and its Tel Aviv holding company”. This month, the Biden administration took the unprecedented step of publicly rebuking and blacklist the Israeli group.

The notorious Pegasus spyware is also facing its day of reckoning as it finds itself at the center of international lawsuits. But the real question is if any scrutiny or sanctions against the state of Israel or its government will materialise for their complicity in these illegal spying activities?

Fact: No Pegasus license sale can take place without the Israeli government approving it first. Additionally, many of the countries it was sold to are well known for their human rights abuses.

Survivability News Insider is bringing its readers and followers the full 60 Minutes Episode below to shed even stronger light about the human rights abuses. Readers will be able to better assess the practices of the country that self-labels itself as “the only democracy in the Middle East” to see it for the trojan horse it is and the cancer it is causing western democracies.

Watch the 60 Minutes report and see how it has falsely aligned itself with western values on freedom and democracy. Observe how a one of the most respected international investigative programs exposed its impact on freedom of speech, democracy, and freedom around the world.

The expert added, “President Biden was forced to act to distance his Administration from the Israeli government who would be sued in court for being complicit, at a minimum, in many of the alleged murders, crimes, as well as privacy and human rights abuses.

The MLi Group expert concluded by saying, ” Keep in mind that the Israeli government must first approve any Pegasus license sale. This can make the Israeli government partially responsible for all alleged NSO/Pegasus crimes and abuses worldwide. Therefore, the act of blacklisting is a contingency plan by the Biden senior team just in case more outrageous Pegasus abuses are leaded and showing the US administration knew about them, but did nothing. This will kill any chance of Biden or any senior member of his leadership team getting into the White House anytime soon.”