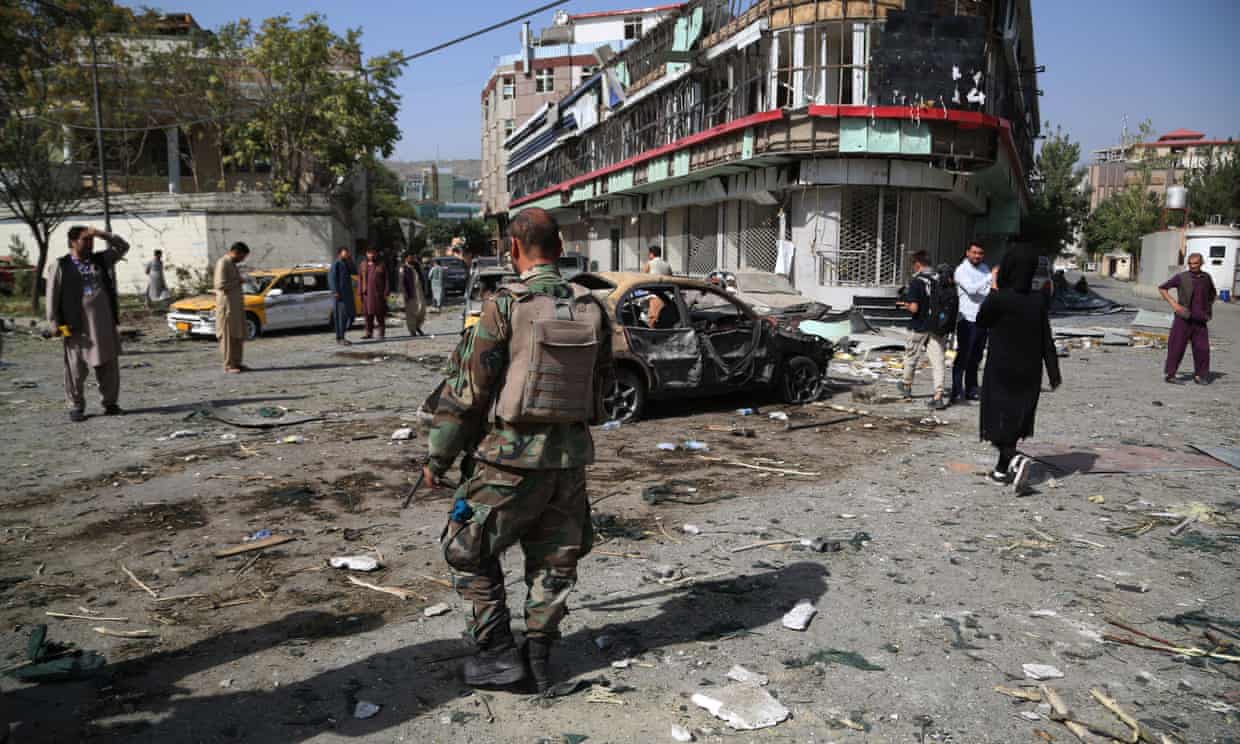 A suicide-bomb and gun attack in Kabul’s Green Zone that targeted Afghanistan’s acting defence minister and killed eight people on Tuesday was claimed by the Taliban, as the hardline Islamist group continued to escalate violence across the country.

The attack is one of the series of set the Kabul government continue suffering more military set-backs since the US rushed  pull out.

The suicide bombing, which targeted the house used by Bismillah Mohammadi, was one of the most significant in the Afghan capital in recent months. It came amid heavy fighting in the south and west of the country as the Taliban have sought to take three key cities.