Bernie Sanders Opinion: The U.S. Must Stop Being an Apologist for the Netanyahu Government.

Op Ed - By Bernie Sanders, US Senator. As published by the NY Times. 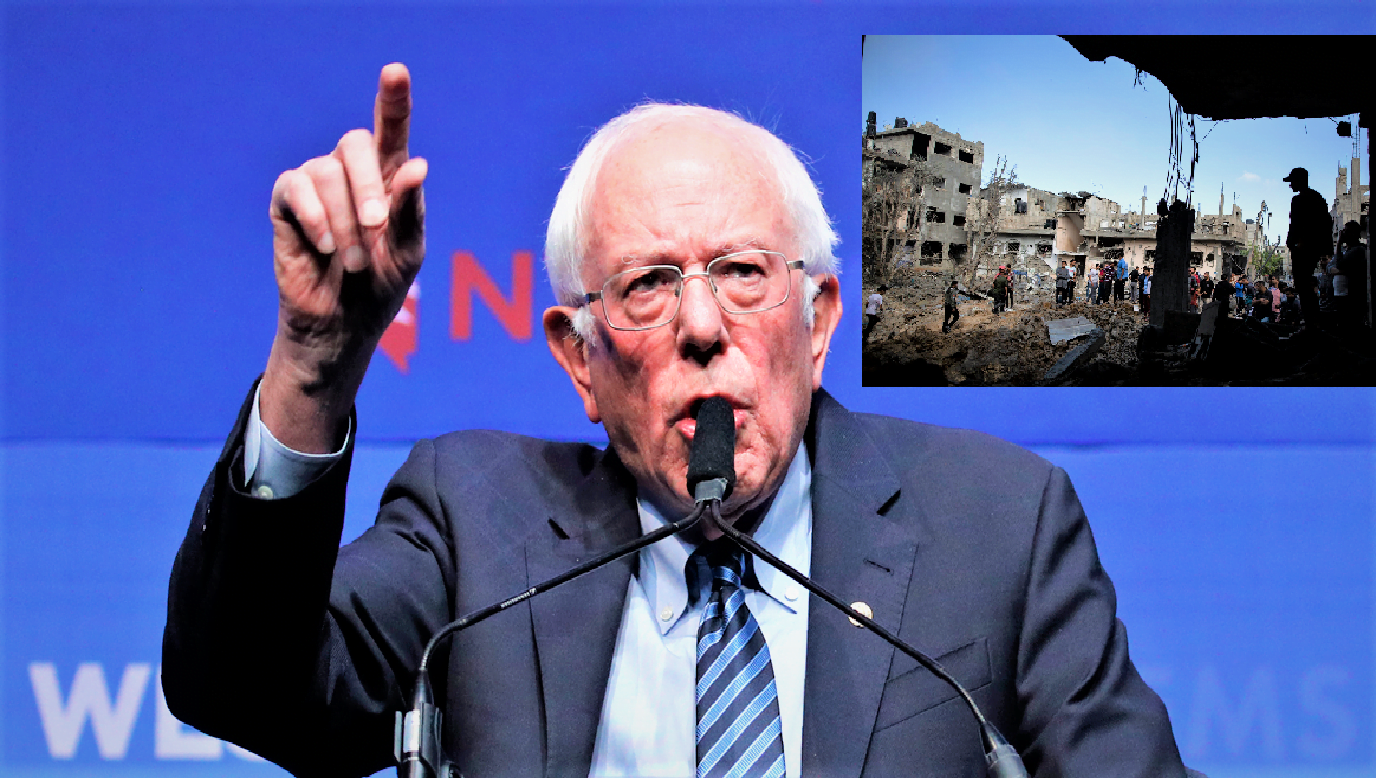 “Israel has the right to defend itself.”

These are the words we hear from both Democratic and Republican administrations whenever the government of Israel, with its enormous military power, responds to rocket attacks from Gaza.

Let’s be clear. No one is arguing that Israel, or any government, does not have the right to self-defense or to protect its people. So why are these words repeated year after year, war after war? And why is the question almost never asked: “What are the rights of the Palestinian people?”

And why do we seem to take notice of the violence in Israel and Palestine only when rockets are falling on Israel?

In this moment of crisis, the United States should be urging an immediate cease-fire. We should also understand that, while Hamas firing rockets into Israeli communities is absolutely unacceptable, today’s conflict did not begin with those rockets.

Palestinian families in the Jerusalem neighbourhood of Sheikh Jarrah have been living under the threat of eviction for many years, navigating a legal system designed to facilitate their forced displacement. And over the past weeks, extremist settlers have intensified their efforts to evict them.

And, tragically, those evictions are just one part of a broader system of political and economic oppression. For years we have seen a deepening Israeli occupation in the West Bank and East Jerusalem and a continuing blockade on Gaza that make life increasingly intolerable for Palestinians. In Gaza, which has about two million inhabitants, 70 percent of young people are unemployed and have little hope for the future.

None of this excuses the attacks by Hamas, which were an attempt to exploit the unrest in Jerusalem, or the failures of the corrupt and ineffective Palestinian Authority, which recently postponed long-overdue elections. But the fact of the matter is that Israel remains the one sovereign authority in the land of Israel and Palestine, and rather than preparing for peace and justice, it has been entrenching its unequal and undemocratic control.

Over more than a decade of his right-wing rule in Israel, Mr. Netanyahu has cultivated an increasingly intolerant and authoritarian type of racist nationalism. In his frantic effort to stay in power and avoid prosecution for corruption, Mr. Netanyahu has legitimized these forces, including Itamar Ben Gvir and his extremist Jewish Power party, by bringing them into the government. It is shocking and saddening that racist mobs that attack Palestinians on the streets of Jerusalem now have representation in its Knesset.

These dangerous trends are not unique to Israel. Around the world, in Europe, in Asia, in South America and here in the United States, we have seen the rise of similar authoritarian nationalist movements. These movements exploit ethnic and racial hatreds in order to build power for a corrupt few rather than prosperity, justice and peace for the many. For the last four years, these movements had a friend in the White House.

At the same time, we are seeing the rise of a new generation of activists who want to build societies based on human needs and political equality. We saw these activists in American streets last summer in the wake of the murder of George Floyd. We see them in Israel. We see them in the Palestinian territories.

With a new president, the United States now has the opportunity to develop a new approach to the world — one based on justice and democracy. Whether it is helping poor countries get the vaccines they need, leading the world to combat climate change or fighting for democracy and human rights around the globe, the United States must lead by promoting cooperation over conflict.

In the Middle East, where we provide nearly $4 billion a year in aid to Israel, we can no longer be apologists for the right-wing Netanyahu government and its undemocratic and racist behaviour. We must change course and adopt an even handed approach, one that upholds and strengthens international law regarding the protection of civilians, as well as existing U.S. law holding that the provision of U.S. military aid must not enable human rights abuses.

This approach must recognize that Israel has the absolute right to live in peace and security, but so do the Palestinians. I strongly believe that the United States has a major role to play in helping Israelis and Palestinians to build that future. But if the United States is going to be a credible voice on human rights on the global stage, we must uphold international standards of human rights consistently, even when it’s politically difficult. We must recognize that Palestinian rights matter. Palestinian lives matter.

By Senator Bernie Sanders, US senator from Vermont.