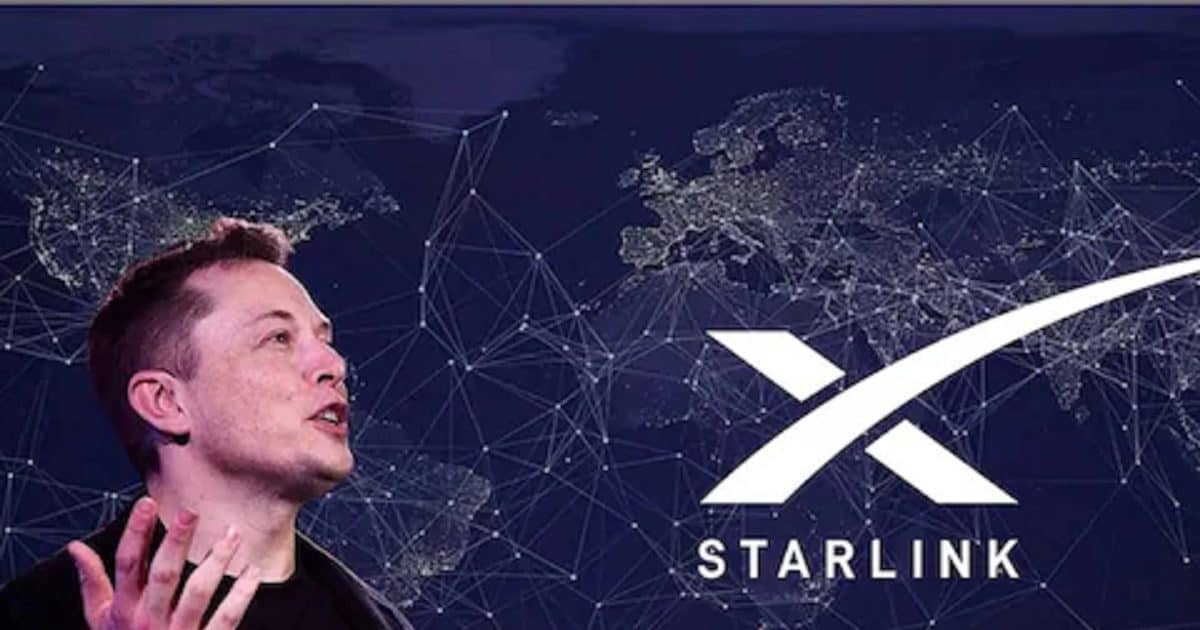 One Russian official has hinted that commercial satellites used to aid Ukraine in the latter’s fight against Russia’s invasion could be targeted for retaliation.

At a Wednesday meeting of the United Nations First Committee, which discusses disarmament and international security issues, Russian deputy director for nonproliferation and arms control at the Russian Foreign Ministry Konstantin Vorontsov said the use of commercial satellites in the war in Ukraine was an “extremely dangerous tendency.”

”The West’s actions unreasonably jeopardize the stability of the civil space activities,” he said, according to reporting by Russian news agency Tass. “Quasi-civil infrastructure may be a legitimate target for a retaliation strike.” 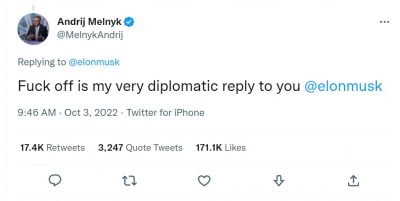 Elon Musk was instrumental in supporting Ukraine when his Starlink provided internet services to Ukrainians from his satellites for free after it was hit and shut down by Russian attacks. Musk recently reversed his support when he said that he can no longer pay for his Starlink satellite internet service to operate in Ukraine — less than two weeks after a Ukrainian official told Musk to “F–k off” over his controversial proposal for peace with Russia.

Musk had offered the SpaceX-owned service to Ukraine in February after the Russian invasion disrupted the country’s local internet services. SpaceX has since installed thousands of terminals to keep the Ukrainian military online. 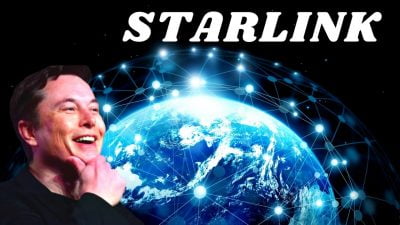 sm from Ukrainians for suggesting they should end the war by conceding Crimea to Russia, as well as doing a UN-supervised “redo” of elections that Russia staged to annex several regions of the country last month.

In response to the proposal, Ukraine’s ambassador to Germany wrote on Twitter: “F–k off is my very diplomatic reply to you @elonmusk.”

Mr Vorontsov reportedly did not name names, but SpaceX began providing the company’s Starlink satellite internet services to Ukraine in February, a service that Ukrainian officials have said is crucial to their success in combating the Russian military.
Russia demonstrated its ability to strike and destroy satellites in November of last year, when its military used an anti-satellite missile, or Asat, to destroy a Cosmos 1408, a defunct, Soviet-era spy satellite. The debris from the destroyed satellite are still in orbit, and the International Space Station dodged a piece of the lingering debris as recently as Monday 24 October.
Because of the possibility of lingering space debris, the Russian Asat test drew widespread condemnation. The US, Canada, Japan, Germany, South Korea, New Zealand, the UK, and, most recently, Australia, have all announced they will refrain from testing Asat weapons going forward.

The use of Asats to destroy satellites in warfare would produce much more debris than a single test and could be disastrous for human space activities. Once a sufficient amount of debris are in orbit, they could kick off a cascading chain reaction known as the Kessler Syndrome, where debris destroy satellites or spacecraft, creating more debris, until the orbital lanes are so clogged nothing can be launched safely into space.