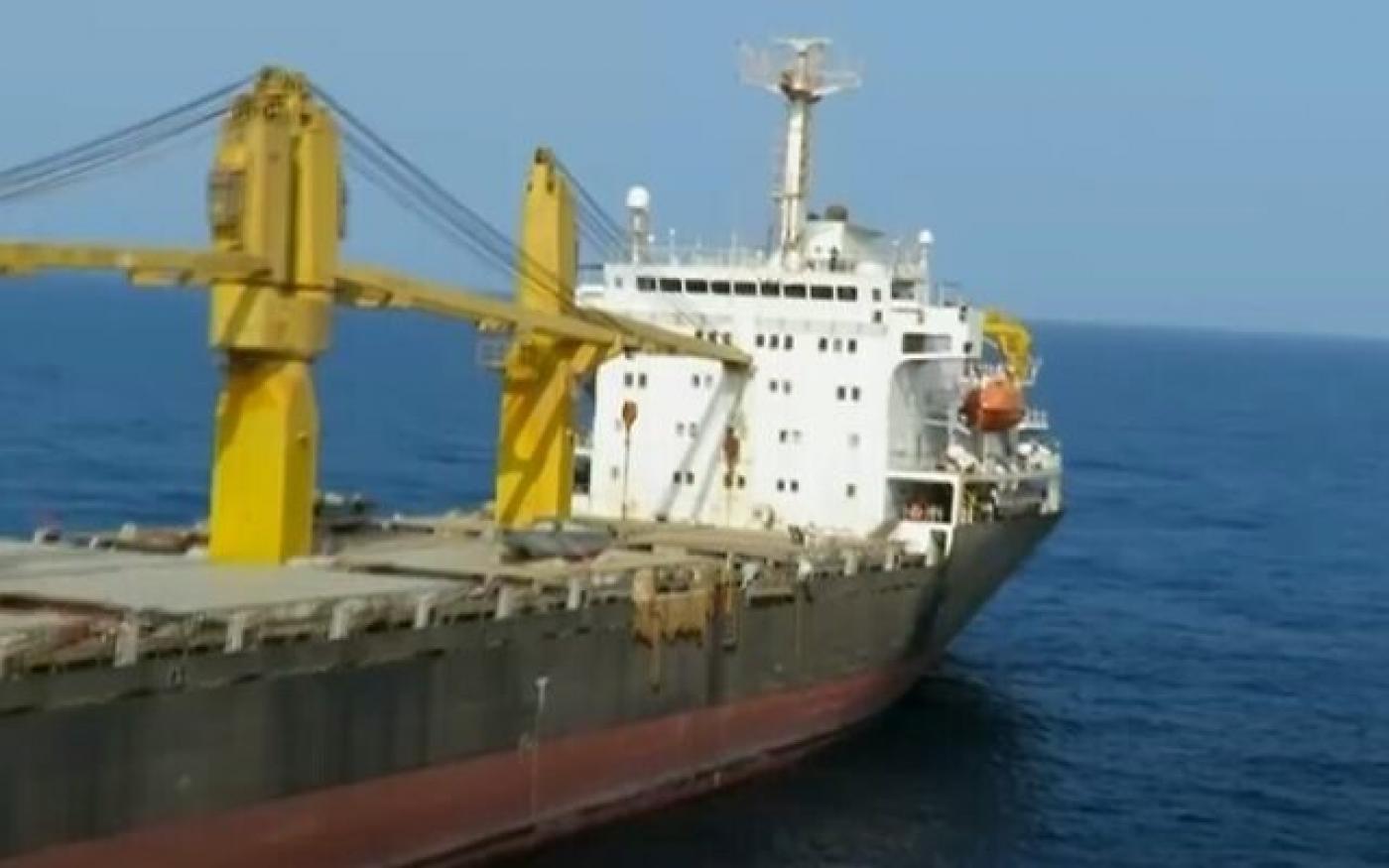 US official tells New York Times that Israel said mine attack was retaliation for earlier Iranian strikes on Israeli vessels.

The Saviz, which is reported to have been used to support Iranian commandos sent on anti-piracy missions, is seen in the Red Sea in 2018 .

An Iranian command ship stationed in the Red Sea was damaged in an Israeli mine attack on Tuesday, a US official has told the New York Times (NYT). The official, who spoke on condition of anonymity, said: “The Israelis had notified the United States that its forces had struck the vessel at about 7.30am local time.”

The official said the ship was damaged below the water line and that Israel had called the attack a retaliation for earlier Iranian strikes on Israeli vessels.

Iran’s foreign ministry said on Wednesday that the vessel, the Saviz, had been targeted in the Red Sea, a day after media reports that the ship had been attacked with limpet mines.

“The explosion occurred on Tuesday morning near the Djibouti coast and caused minor damage with no casualties,” said foreign ministry spokesman Saeed Khatibzadeh.

“The vessel was a civilian ship stationed there to secure the region against pirates. The issue is under investigation.” On Tuesday, Saudi Arabia’s Al Arabiya TV, quoting unnamed sources, and the semi-official Iranian news agency Tasnim said the vessel was targeted by a limpet mine.

Al Arabiya cited the sources as saying the vessel was attacked off the coast of Eritrea and was affiliated with Iran’s Revolutionary Guards, but provided no evidence to support the assertion.

Tasnim also said the ship was being used for anti-piracy missions. “The vessel Iran Saviz has been stationed in the Red Sea for the past few years to support Iranian commandos sent on commercial vessel [anti-piracy] escort missions,” it reported.

Washington did not carry out the attack, US officials, speaking on condition of anonymity, told Reuters.

‘We must take action’

The incident is the latest in a reported series of attacks on Israeli- and Iranian-owned cargo ships since late February in which the two regional rivals have accused each other of responsibility.

The attacks have occurred since US President Joe Biden took office in January with a commitment to rejoin world powers’ 2015 nuclear deal with Iran – abandoned by his predecessor Donald Trump in a move welcomed by Israel – if Tehran returns to full compliance with the deal.

Iran and the US on Tuesday launched indirect talks in Vienna that included the other powers on ways to revive the deal.

Both Tehran and Washington called the talks “constructive.”

Earlier on Tuesday, before reports about the attack, Israeli Prime Minister Benjamin Netanyahu, in comments to members of his Likud party, said there should be no return to the “dangerous” nuclear accord.

Netanayahu added: “In parallel we must continue to fend off Iranian belligerence in our region.

“And this threat is no theoretical matter. I’m not uttering it rhetorically.

The Biden administration is not anticipating any changes on Iran policy amid the negotiations over reinstating the nuclear deal, White House spokeswoman Jen Psaki said on Tuesday.

There have been three other reported attacks on Iranian- or Israeli-owned shipping since 25 February.

On 25 March, a cargo ship owned by an Israeli company was damaged by a missile in the Arabian Sea in what was suspected to be an Iranian attack, according to a senior Israeli security official. Iran warns Israel it will ‘consider all options’ in response to cargo ship attack. The ship was able to continue its journey, he told Reuters.

Two weeks before, Iranian state media quoted an Iranian investigator as saying Israel was highly likely to have been behind an explosion that caused a small fire on an Iranian container ship in the Mediterranean.

Israeli Defence Minister Benny Gantz declined to comment directly at the time, but said Iran regularly sent weapons to its proxies in the region.

On 26 February, Netanyahu blamed Iran for an explosion aboard an Israeli-owned vehicle-carrier ship in the Gulf of Oman.

A US official said the blast ripped holes in both sides of its hull and an Israeli official said limpet mines were used. Iran denied responsibility.